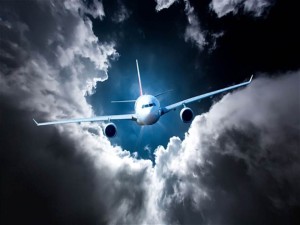 This article was originally posted on LinkedIn on August 10, 2014

There are many challenges facing today’s leaders. Some of these challenges arise from societal trends that impact the workplace.For a number of years, I have researched societal forces that can change businesses and leadership. One of those trends is discussed here. While these societal pressures are often overlooked, they are not the only causes of poor leadership. But if not addressed, these trends have the potential to make good leaders bad and bad leaders horrendous.

Like many LinkedIn readers, I peruse the boards and read countless points of view on what it takes to be a great leader. Opinions abound. The article titles offer great hope for what is possible in every company.

As a result, readers dream “if only I could work for a company or leader like that!” Yet, while magic bullets and sound advice increase, trust in our leaders decreases. The question I ask myself is, “Why are we so in love with leadership and so disenchanted with individual leaders?” Are leaders getting worse or is the job becoming increasingly harder to do?

Changes in society influence the workplace. Businesses are customers of many other institutions: schools, churches, homes. What happens in those organizations impacts the organizations and ultimately leaders as they must work with the products they receive.

Major trend: Changing philosophy
Many articles detail how millennials are changing the workplace. It is much broader than that. In the past the United States was a melting pot. Many different types of people and personalities came together with shared visions, put aside their differences, and worked together, they created success. Collectively our philosophy and beliefs have changed. In the past, Americans believed in the puritan work ethic. That philosophy held several core beliefs:

1. Work hard
2. Hard work will be eventually recognized and rewarded
3. Learn to work within the system
4. We are a nation of law
5. The cream will rise to the top

Today our national philosophy is described as the psychology of entitlement. The basic beliefs of that philosophy are:

1. I am a citizen of the United States
2. I have rights guaranteed by the U.S. Constitution
3. The expectation is that my rights will be protected by someone
4. If my rights are violated, I want someone to hold personally accountable

Sociologists indicate that over 70% of Americans now subscribe to the psychology of entitlement. The “someone responsible to guarantee those rights” is usually government or business. Before we get too agitated with everyone else, realize that people who state they believe in the puritan work ethic often act as if they believe in the psychology of entitlement when something does not go their way. This belief system is true regardless of economic status. (http://www.rawstory.com/rs/2013/08/25/study-finds-wealth-gives-rise-to-a-sense-of-entitlement-and-narcissistic-behaviors/)
Personal expectations that were once addressed by other groups are now passed to business to resolve:

The expectation is that business will create the nirvana or heaven for which people are searching. As other institutions fail in their missions, business is seen as the savior. The question is “how much can business and leadership do before the goal of making money to provide employment is jeopardized”?

Sub-trend 1: The focus on rights
As a part of a changing philosophy, more people focus on their rights. Today, differences tend to be magnified. For example, consider the number of groups protected in the workplace: age, race, sex, color, national origin, religion, disability (multiple groups in this category including morbid obesity), veterans, sexual preference, generational values, immigration status, political preference, economic status, etc. Each of these groups has sub-groups, each with their own agenda and each of whom believes that its agenda is the most important issue to be addressed, protected and even supported.
The problem is not the assurance that people will not be discriminated against in the workplace; rather, the problem occurs when individual differences become more important than teamwork. (In a recent job interview one applicant was asked to define diversity. The person did not get the job when they answered that the major benefit of diversity was providing business with the value of different insights and viewpoints to enhance the ideas and decisions. The disadvantage was when the focus on diversity became preeminent over the success of the team and there was no self-sacrifice to the common good. This applicant was told later by the recruiter that their diversity definition was too narrow and not considered “politically correct”).
At the same time organizations place high emphasis on collaboration, engagement and team work, the workplace is becoming more divided. Ultimately this creates a fertile ground for the criticism of leaders. One small example: I observed a situation where a person felt compelled to celebrate his/her differences in a staff meeting. Another staff member, due to his/her convictions, felt compelled to take a stand on what was said less he/she would be seen as condoning something he/she felt was inappropriate. The dispute raged on for days after the meeting. Most of the employees looked at the leader and wondered “why don’t you end this?” When people’s uniqueness is paramount, the core aspect of leadership, bringing people together to achieve a common goal, becomes even more difficult.

Sub-trend 2: Growing negativity
In addition to a changing philosophy and focus on rights, another sub-trend is increasing negativity. When expectations are not met, it is easy to become negative. Others are criticized and problems and dissatisfactions are identified. Sometimes, this is done to a person’s advantage. It is easy to disagree with a leader has done. Criticism makes a person appear wise but it also highlights that he/she would make a better leader than the incumbent. Negativism about leadership is rampant on the web (over 31.5 million posts reported by Google on the topic “complaints about leadership”) and in our workplaces. (According to the Bureau of Labor Statistics, U.S. companies lose around $3 billion a year due to the effects of negative attitudes and behaviors).
But leaders are not always right. There are times in a person’s career when an individual has to ask if he/she can follow what leadership is asking them to do. I have had several instances in my career when I have had to determine if what I was being asked to do was wrong (illegal, immoral, unethical or unsafe) or simply was what I considered a bad management decision. If asked to perform an unethical act, then I would have to state my disagreement, protest the course of action and, if not listened to, ultimately resign rather than carry out something I believed to be wrong. However, if I was being asked to implement what I considered a bad management decision (something I disagree with or believe is not the best course of action but the action was not unethical, etc.), I owe it to my leader first to voice my rationale for my disagreement to him/her directly. Then if the leader’s decision is to move ahead, I owe it to my leader to try to make that bad management decision work. Discerning the difference between these two situations is critical; otherwise, every decision becomes a battle ground and every leader will be “weighed in the balances and found wanting.”

One reason leadership is in such disrepute is that instead of developing followers we have created panels of olympic judges. As every leadership decision or action is taken, scorecards are held high with the subjective grade of that action. A second reason is many people who could become great leaders look at these problems that divide and create controversy and decide that the challenges associated with leadership positions are simply not worth it.

Maybe the problem with leadership is not leadership
Collectively our expectations of leadership are all wrong. Leadership is not placating the masses. Leadership does not occur by taking votes and doing what the majority wants. Leaders often must go against the tide and lead by being true to their own values, beliefs and convictions. They should be evaluated on how well they implement their vision and values and the correctness of their choices..

Have we met the enemy and he is us?
One absolute requirement of a leader is that he/she must have followers. A visionary without followers is “a voice crying in the wilderness”. Instead of simply pointing our fingers at leaders, maybe we should also point them at ourselves. Is one of the major reasons we are not producing genuine leaders that we are producing skeptics and critics instead of genuine followers?

1. Excellent leadership is worth its weight in gold but leadership will never be easy again. It will take increased time to be an excellent leader:
1. Building teams will require significant effort and time requiring focus, attention and communication.
2. The ability to turn negativism into solutions will be critical for team building.
3. Learning strong collaboration skills will be important for success. This requires a partnership between leaders and employees. Leading with the “what and the why” and engaging staff around the “how” will be critical to operationalize this partnership. Collaboration cannot mean leaders abdicate or employees lead through consensus.
4. Conflict will increase and conflict management skills will be essential for future success.
5. Pleasing people is not the ultimate goal of a leader; doing what is right is.
6. The workplace will be asked to fulfill more human needs and desires that were once addressed outside the workplace requiring the time and attention of the leader.

Leadership In Pictures #4 Change Without Movement

Management vs. leadership: the differences and similarities are often analyzed, discussed and debated. Many believe managers are always bad and leaders are always good. In reality these terms do not...

Leadership Nugget #6: Is the Decreasing Quality of Public Education Forcing Organizations To Reconsider How They Develop Talent?

The Availability of Talent Is Deteriorating • 72 % of 400 CEOs surveyed in 83 countries indicated availability of key skills was a major threat to their business. (USA Today...

Effective leadership is not about making speeches or being liked; leadership is defined by results not attributes.- Peter F. Drucker