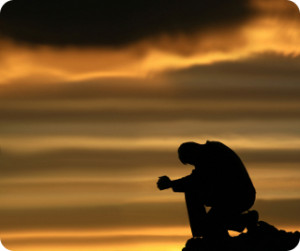 My father died this weekend. He had been blessed with a long life (93 years) which was very active and filled with family activities. As I reflected on his life, there were many lessons but one kept entering my mind – the value my dad placed on his home.

Dad was born a farm boy. He grew up working hard every day on his father’s dairy farm. My grandfather did not want my dad to go to high school because he needed help on the farm but my grandmother won that battle. That decision was a major turning point in his life. In high school, dad became active in sports (baseball and basketball – although I could never understand the two hand set shot!). He met his future wife (from a rival high school) and they married right after he came back from the Army-Air Force in WWII where he was a gunner on the A-26 aircraft.

My father moved to the south to take a job with an airline. He and my mom purchased a piece of land and he carefully used his small salary to build a brick ranch house. He tirelessly worked on that house (improving it and the yard around it including a garden – much to my chagrin). I soon learned my dad expected me to help out with what he called chores! At an early age I worked in his garden (I hated hoeing weeds and feeding chickens) and was even shipped off to my grandfather in the summer to work on his farm (he still needed free labor, I guess).

To my dad, the problem of work-life balance never was an issue. His job was simply where he went to make money so he could do things with his family (a 3 week vacation travelling in a station wagon across the country was common) and so he could improve his house.

Through my teenager years, I never appreciated what my parents were teaching me. It was hard for me to appreciate the hours after work that my father put into house and yard work. I did enjoy the hours he spent coaching me in basketball and baseball. The lesson he was teaching about hard work was not gaining a conscious foothold although that message was infiltrating my psyche.

I began to realize my dad’s love for his home in several events that occurred after I had married and raised my children.

• A tragic accident occurred before my mother died. She was cooking and a grease fire started, went into the attic and burned down dad’s house. At an advanced age, my parents were homeless. Since the neighborhood my parents lived in was deteriorating and not safe for them any longer, I tried to get them to move closer to one of their sons. My father would have no part of that decision. This was his home; he had built it and he would re-build it. It was home and more importantly, it was his home. The house was rebuilt and my parents moved back into it.
• When my mother died, my dad was alone. After her funeral, we went back to the house and talked about his future. They had been together for over sixty years and he was dependent on her for many things. One thing became crystal clear. My father would not leave his home. So he stayed there alone in his place that he had built and loved.
• Eventually my father could no longer live by himself. After staying with me or my brother, he had to go to a nursing home. His home went on the market and was sold. When I told dad his house sold, I will never forget his comment, “But where will I live?”

Early last Sunday morning, I received a call that my dad had gone home to be with his Lord and to be re-united with his wife. Another of America’s greatest generation had passed off the scene. One man, one wife, one company, and you guessed it, one house.

Thanks for your loving sacrifice to teach me valuable lessons, many without saying a word. Thanks for your patience to allow me time to internalize your lessons so they could become a part of me.

The words of the song keep echoing through my mind. “Just think of waking up in glory and finding it home.” You are finally home dad and you will never have to move again.

Transparency is often defined as the responsibility of the leader to make information, data and even thinking available to employees. But there is another aspect of transparency that is important,...