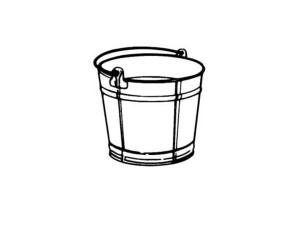 This article was originally posted on LinkedIn on June 30, 2014

There are a few instances in a person’s life that shapes his or her philosophy, behavior and direction. Fortunately for me, one of those instances came very early in my career. It was the day that I came to realize how very little I knew about leadership and it was a lesson I have never forgotten.
Many years ago I was a young Army lieutenant just out of college and headed for Vietnam when I was assigned to a unit run by a gruff old colonel. I reported to my unit and the company clerk indicated the colonel wanted a one-on-one meeting with me before he gave me my specific assignment. During our meeting, he told me he wanted to get to know me, and more importantly, for me to get to know him. We had the usual discussion of family, colleges, background and interests. After a short period of time, the discussion turned to leadership. The medals on his chest demonstrated his experience on the subject. I was eager to hear what he had to say but I would be surprised at the lesson that awaited me. During our conversation, the colonel told me to come to his desk. When I did, he lifted a bucket of water from the floor, sat it on his desk and told me to stick my hand into it. Then, he told me to pull my hand out. After I did, he looked me in the face and said, “The hole that is left in that bucket of water shows you how much the Army will need you and miss you after you are gone!’ I am sure the shock and surprise registered on my face.

We then sat down and had an hour-long discussion on the role of a leader. He explained that leadership was not about the leader but about the people. He said that a leader could never put his unit in a position where they were solely dependent on him or her. The leader could never become irreplaceable. He explained that great leaders made their people, not themselves, great. He went on to explain that the development and training of the men in my unit would be the major contribution that I as a leader would make. He said that the Army brass would reward me for accomplishing my mission but my people would remember me and respect me for my support and their development. Without ever mentioning succession planning, he stressed the importance of preparing my people for greater contributions. He explained that in every way, I had to show my soldiers that they were the most important resource I had. Every day, he told me, I would demonstrate that belief because my men would eat first and I would either eat last or not eat (sorry, Simon; the lesson is decades old). His leadership lesson on that day highlighted the fact that the great leader’s legacy is built on his or her day-to-day behavior with his or her men. The extent to which a leader made an impact on his or her people would be demonstrated by how that person behaved differently because they came in contact with that leader. He explained that great leaders rub off on others. He told me the hard part about Army leadership was that every time I moved to a different assignment I would have to re-earn that trust and reputation and again. Leadership was built one person at a time. Lastly, he told me if I was a great leader, the Army may not miss me once I was gone but my men would never forget me and that would be the greatest reward of leadership. He then asked me if I was willing to do what it took to be a great leader. (At that point in time, I was so hyped at the opportunity I was about to be given, I would have signed on to whatever he asked!).
The colonel closed our discussion by telling me that if I was to become a great leader, I would have to pour my heart and soul into the people into my unit. He told me that his commitment was to pour his heart and soul into helping me reach my maximum leadership potential. We never had another leadership conversation like that but he fulfilled his promise. He helped me improve as a leader by kicking my butt a few times (all deserved) with brutally honest feedback and by consoling (listening and nodding) my wounded ego more times than I would like to remember. But the greatest contribution that the colonel made in my career was over a bucket of water when he taught me that leadership is not about the leader but the people and that the great leader proves his worth and makes an impact one individual soldier at a time.

The colonel never made general but he made a profound impression on a young second lieutenant.

Over the course of my career I have had the privilege to work with many leaders in many different organizations. The saddest situation I have observed is the leader who was primarily an individual contributor. He or she performed well in his or her position but never developed depth of talent underneath them. I would think about that bucket of water as I realized that the legacy of that leader was about to end when he or she walked out the door because they had developed no one to carry on the work.

What leadership lessons have shaped your career?

Copyright 9 By 9 Solutions All Rights Reserved

Where Does The Credibility To Lead Come From? Part 1: The Foundation of Credibility

Leadership is in disrepute and the situation is getting worse. It is the purpose of this four-part series to explore the sources of credibility that provide a leader the right...

The Cheating Pandemic: Have We Become A Nation Of Cheaters?

Pandemic: occurring over a wide geographic area and affecting an exceptionally high proportion of the population (Merriam-Webster) Leaders are dishonest and untrustworthy. Leadership trust is at an “all-time low. Leaders...